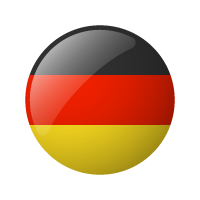 After completing his studies, he worked in sales and marketing at the pharmaceutical company Bayer in Munich, Leverkusen and Cologne. In 1999 he moved to the Swiss biotechnology company Ares-Serono as a senior product manager, where he assumed responsibility for a product line in the German market.

Based on a selection process for economists, Marc Fähndrich started on October 1, 2000 as an official at the European Commission in Brussels. Until 2002, he worked in the Directorate-General for Enterprises dealing with the improvement of the competitive situation of manufacturers and suppliers of vehicle systems in the rail sector.

From 2002-2010 he was leading the Public Relation unit in the Representation of the European Commission in Austria, fulfilling simultaneously the position as Deputy Head of Representation until 2010.

From 2010 to 2012, he worked as the responsible desk officer for Germany, Austria and Denmark in the Directorate-General for Communication at the European Commission in Brussels.