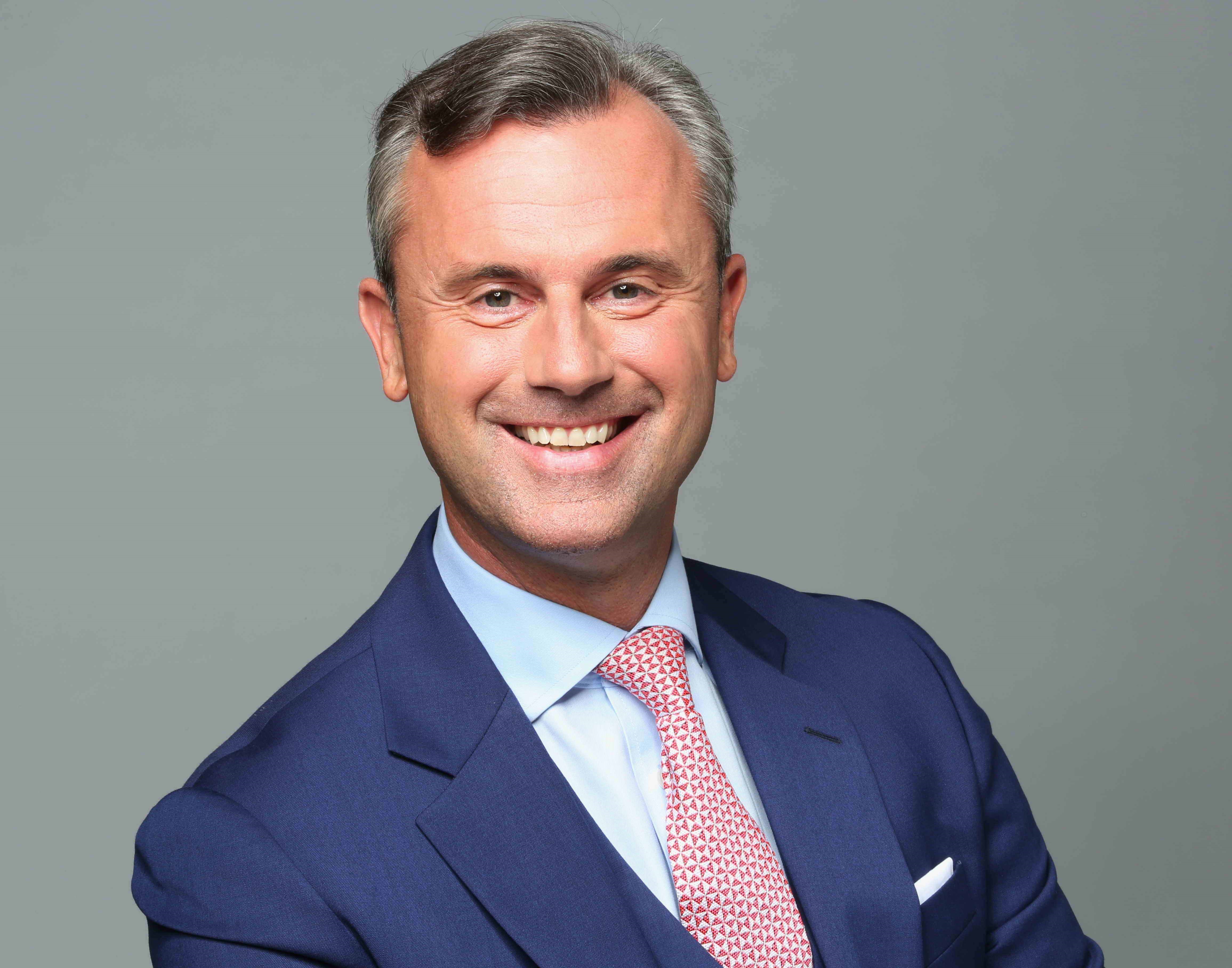 Norbert Hofer was born on 2nd March 1971 at Vorau in Styria and grew up at Pinkafeld in Burgenland. After taking his A-levels at the Higher Federal Technical Institute for Aeronautics in Eisenstadt he worked as a systems engineer for the Austrian airline “Lauda Air”. In 2003 his love of aviation revealed itself as a curse. In a paragliding accident he sustained severe backbone injuries and has since been suffering from incomplete paraplegia.

From 1996 to 2007 Hofer was Provincial Party Secretary of FPÖ Burgenland, since 2006 he has been Deputy Party Chairman. Between 1997 and 2007 he was a member of the Eisenstadt Municipal Council, from 1994 to 2006 he also was City Party Chairman of the FPÖ in Burgenland’s provincial capital – from 2004 to 2010 also as District Chairman.

In 2000 Norbert Hofer moved on to the Freedom Party’s Secretariat in Burgenland of which he remained Director until 2006.After the election to the National Council in 2006 he became a Member of the National Council. In 2005 delegates first elected Norbert Hofer Deputy Party Chairman of the Austrian Freedom Party., a position he is still holding today.

In November 2013 Hofer was elected 3rd President of the National Council. In 2016 he was the Freedom Party’s candidate in the elections for the Federal President. He made it into the run-off which he narrowly lost to Alexander Van der Bellen.

On 18th December 2017 Norbert Hofer was sworn in as Federal Minister for Transport, Innovation and Technology.

Norbert Hofer is married and has four children.