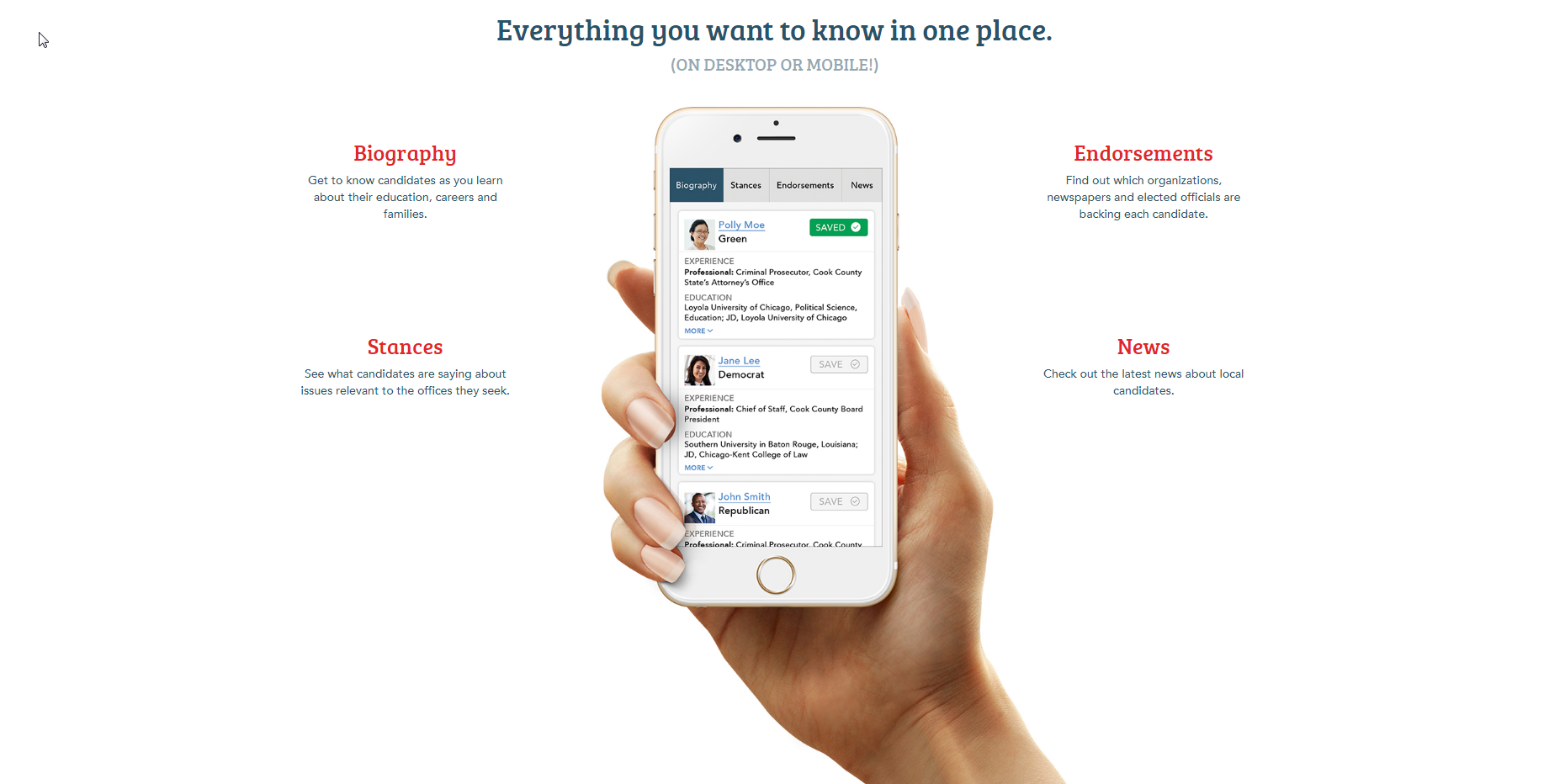 Ballot Ready is an ambitious, technologically-sophisticated, and crowd-sourced solution to a common problem faced by many voters – long ballots with election races about which they lack reliable, consistent information. US Voters are often confronted with a long list of so-called downballot races they dont know anything about. Even moderately informed voters may find themselves staring blankly at names of candidates for school board seats, judgeships, neighborhood commissions and so on. Some voters might make guesses or vote based on candidates’ names. Others may choose to leave part of their ballot blank. It can be a frustrating process, leaving some voters to skip elections altogether. It is exactly that problem faced by its founders, Alex Niemczewski and Aviva Rosman, at a voting station. Even having reviewed the official voters’ guide published by local elections officials, they both felt under- and even un- informed about at least some of the races and candidates. In developing the application, the two graduate students at the University of Chicago faced two overwhelming logistical challenges. The first was to develop digital maps of every voting district in Ballot Ready coverage areas (which will include up to 21 states by the end of the current cycle). Their colleagues and researchers at the university built one from scratch. The second was to develop consistent, independently verified, non-partisan candidate profiles across the board. While cost prohibitive via conventional means, Ballot Ready used a global crowdsourcing Internet marketplace (Amazon Mechanical Turk) to coordinate the use of real people (human intelligence) to perform and mutually validate thousands of tasks in building candidate profiles. Through crowdsourcing, Ballot Ready has been able to develop triply-validated profiles for under $2 each.