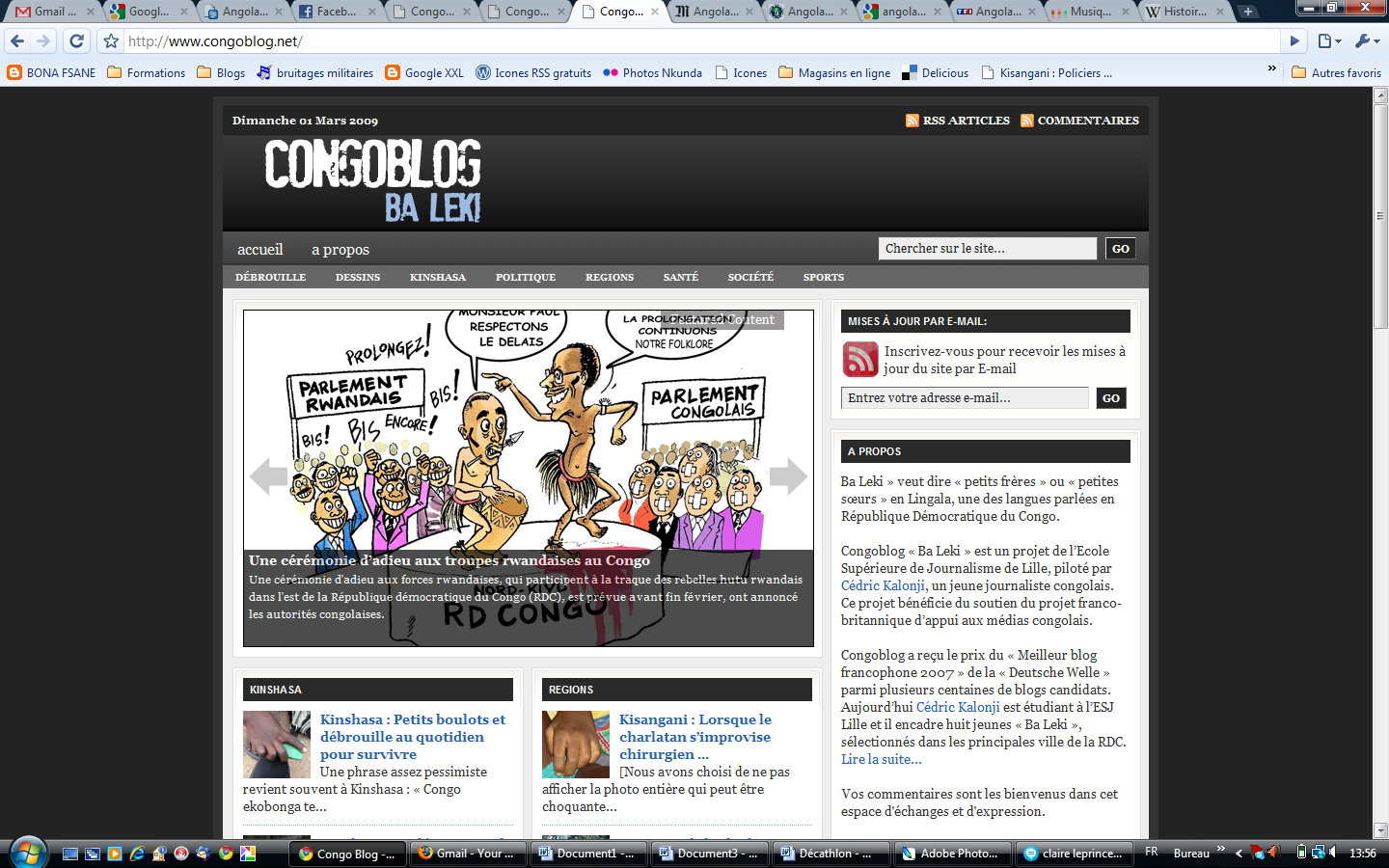 Rigorous censorship is an issue with which the population of the Democratic Republic of Congo (formerly Zaire) are well-acquainted. In a country where most official journalists support the government in order to receive protection, working as an independent journalist is far from easy. Thanks to Internet blogging, however, the founder of Congoblog.net found a platform for freedom of speech where he could publish his articles without fearing the censorship that ordinary newspapers are subject to. Congoblog proved to be a huge hit amongst the republic’s population, and soon was transformed into a platform enabling other Congolese citizens to themselves freely. Eight young citizens were trained by the founder on blogging techniques, and were provided with a camera – previously unthinkable in the former dictatorship, whereby anyone caught taking an unlicensed photo was promptly arrested and thrown into jail. Step by step, with the support of the journalism school of Lille, these young bloggers are being encouraged to take the lead on the website, in the hope that the project will motivate them to train others in the technique of blogging. 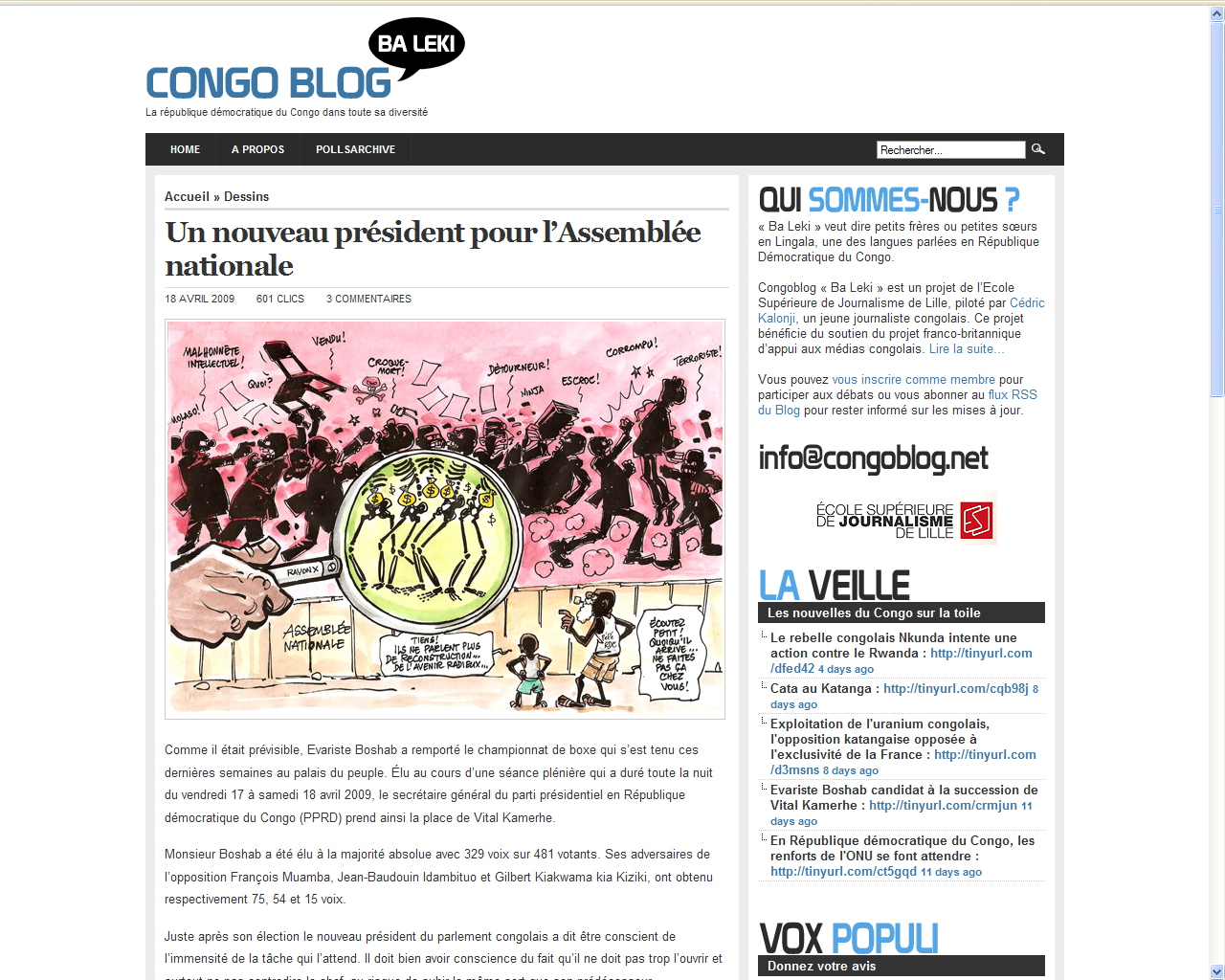 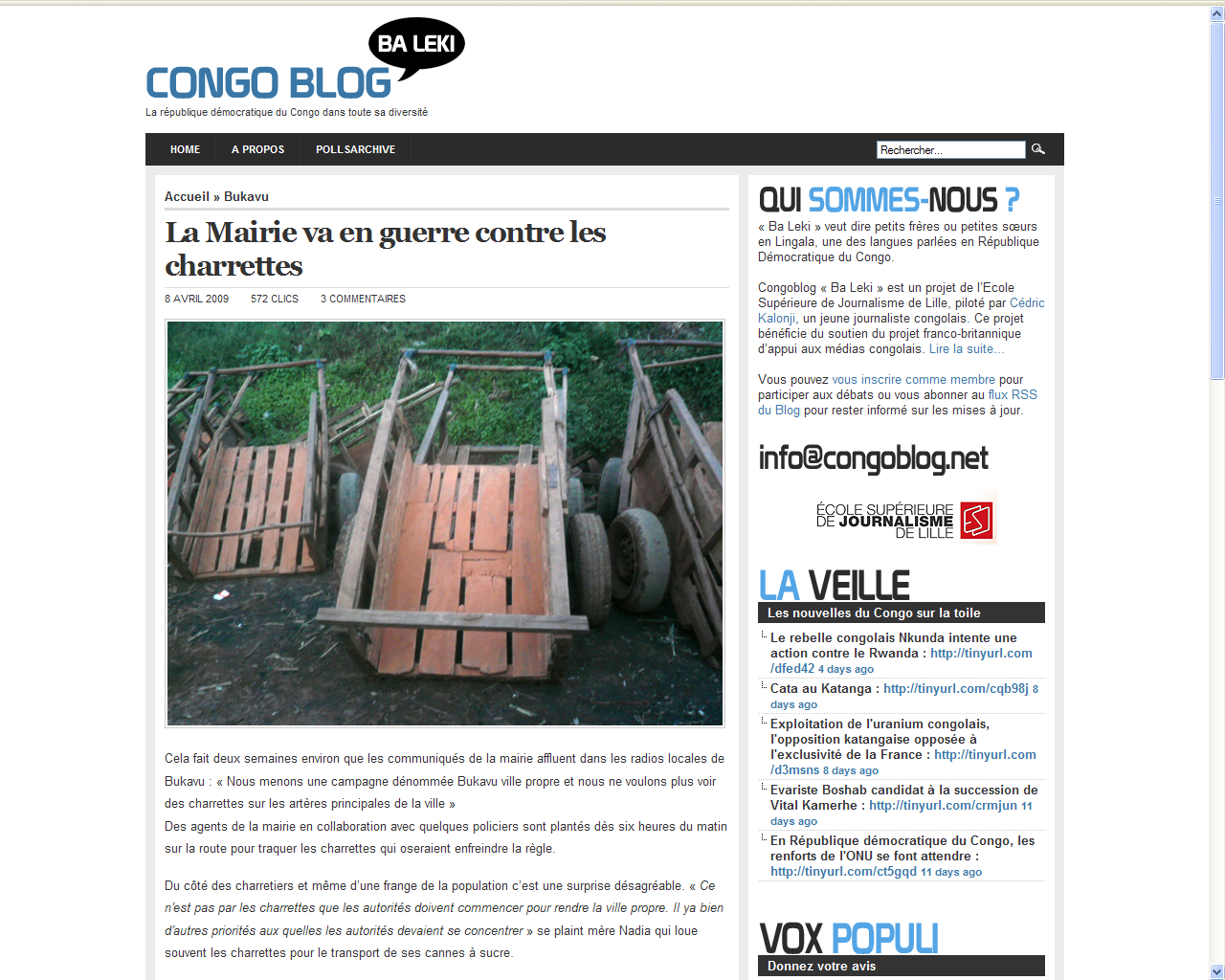 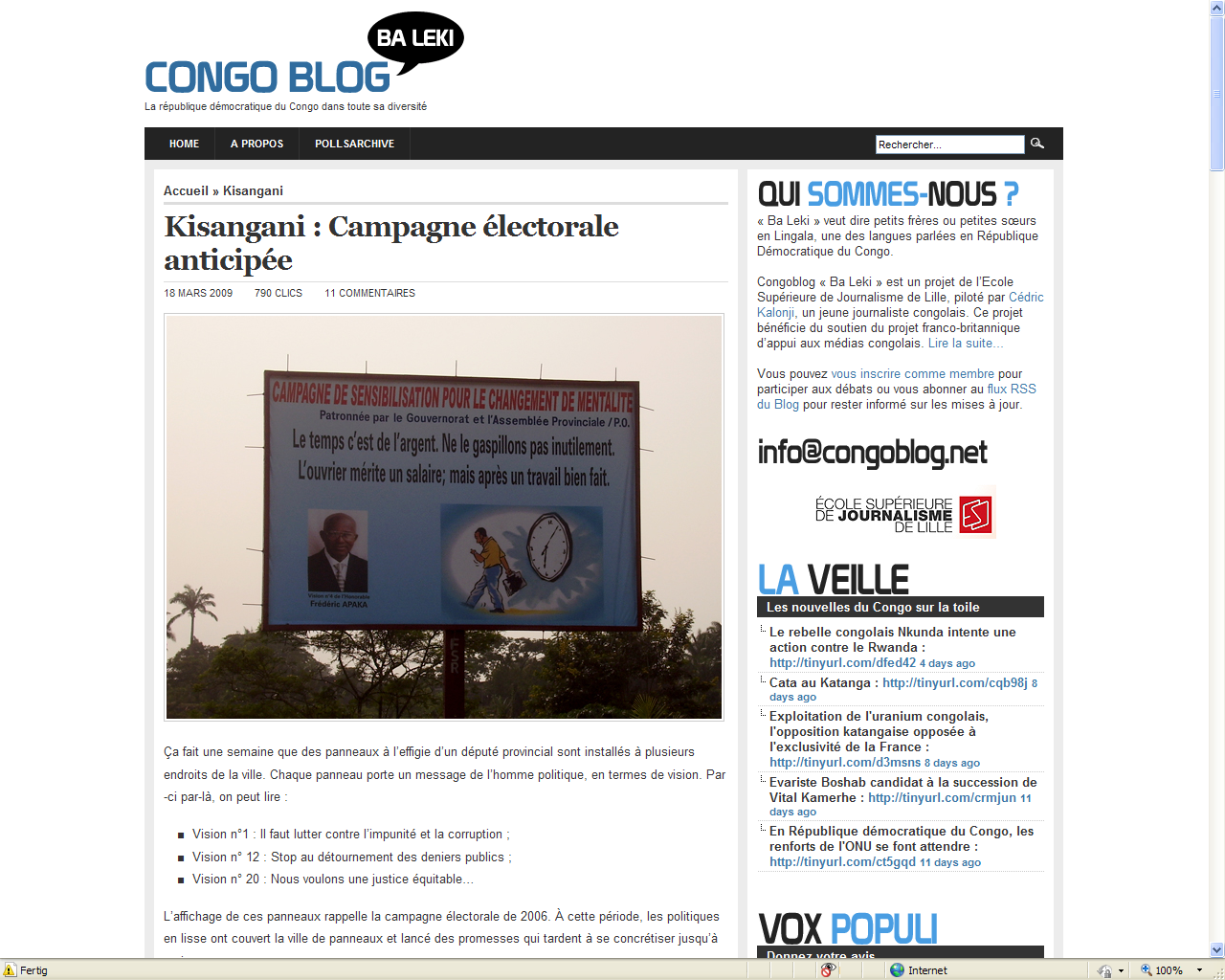