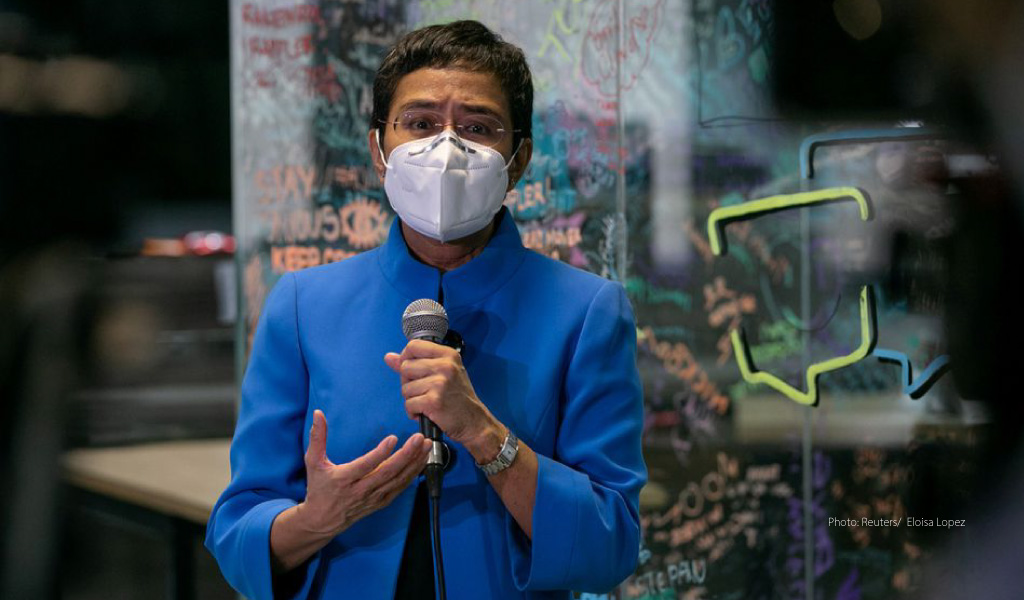 "When you don't have facts... you don't have a shared reality, you can't have democracy," says 2021 Nobel laureate and Rappler CEO Maria Ressa on CNN's Fareed Zakaria GPS.

Maria Ressa is the first individual winner of a Nobel prize from the Philippines, winning it for her outstanding work as the Co-Founder of WSA Winner 2015 Rappler online news website. Berit Reiss-Andersen, the chair of the Norwegian Nobel committee, said the journalists Philippine Maria Ressa and Russian Dmitry Muratov were named winners because the "work of journalists is absolutely necessary to achieve these goals, and in that manner, develop democracy. [..] Freedom of expression is full of paradoxes, and conveying fake news and information that is propaganda and untrue is also a violation of freedom of expression."

In 2015, Rappler was nominated and awarded as WSA winner in the category News and Media. The word Rappler comes from the root words rap (to discuss) + ripple (to make waves). Powered by technology, Rappler delivers uncompromised journalism and stories that inspire smart conversations, community engagement and ignite digitally-fuelled actions for social change. The portal has grown prominent through investigative reporting, including into large scale killings during a police campaign against drugs. This is also what convinved the WSA Jury in 2015.

The Rappler Team presented their solution at the WSA Global Congress 2016, Singapore.

"I've read many local newspapers and magazines, but Rappler is the most interesting by far. Excerpts from the CEOs message are strong words of one who has a strong advocacy for truth and transparency: Rappler promises uncompromised journalism that inspires smart conversations and ignites a thirst for change. The team believes in the power of emotions and as neuroscientists say, the act of labeling emotions increases our ability to reason. Here's a newspaper that really makes you a part of the daily news, " reasoned the WSA National Expert for the Philippines. 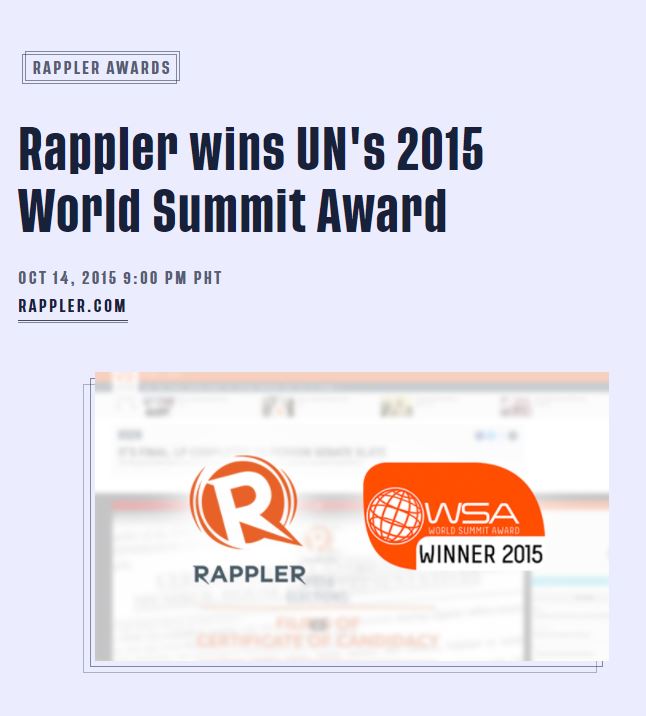 A Nobel Prize for both - women and journalism

"When news organizations lost our gatekeeping powers to technology platforms, those platforms abdicated their responsibility to the public sphere and that has made facts debatable because the data – facts and lies are treated equally," Ressa told Al Jazeera English in an interview on Friday night, October 8, after she was announced a 2021 Nobel Laureate. She is a strong advocate that social media is a threat to democracy and failing to halt the spread of misinformation.

The Nobel Peace Prize for journalists is rare. The last time was in 1935, when German Carl von Ossietzky won it for revealing his country's secret post-war rearmament program. Maria also joins the only 18 women to win the Nobel Prize.

Maria Ressa was one of several journalists named Time Magazine Person of the Year in 2018 for fighting media intimidation, and her legal battles have raised international concern about the harassment of media in the Philippines, a country once seen as a standard bearer for press freedom in Asia. In April 2021, Maria Ressa received the UNESCO/Guillermo Cano World Press Freedom Prize.