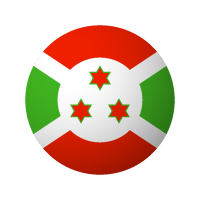 JEAN PAUL NKURUNZIZA is actually the animator of the pilot project of Digital Solidarity Fund in Burundi and Secretary General of BYTC ( Burundi Youth training Centre: www.bytc.bi) In 2006, Jean Paul NKURUNZIZA was elected as the deputy Chairman of the Burundian Chapter of ISOC ( www.isoc.bi ).

In 2007, Jean Paul NKURUNZIZA is leading the Burundi Community Telecentre Network. As formal training, Jean Paul NKURUNZIZA graduated in Educational Sciences in 2000 from the University of Burundi. From that date, he got interested by ICT. He followed the WSIS process. That’s why he got in touch with the WSA project. Then, he was the national WSA Expert for Burundi, in 2003, 2005 and 2007. From March 2007 to July 2007, he successfully attended the online training on Internet Governance organised by Diplo Foundation ( www.diplomacy.edu). For 2008, Jean Paul NKURUNZIZA is following the Training program for tutor in order to be able to be an authorised tutor for online training on Internet Governance.