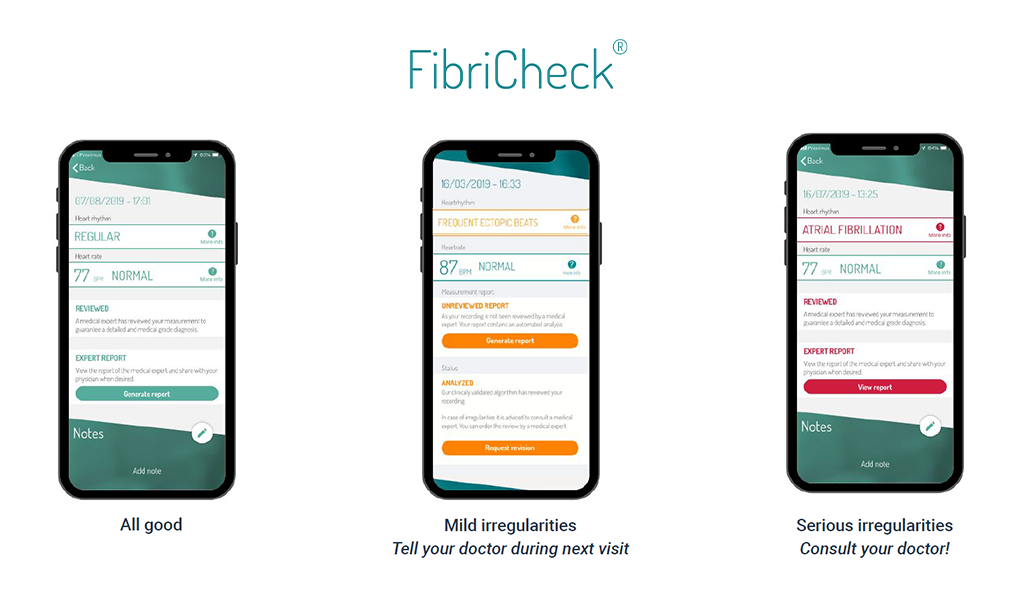 FibriCheck is a device agnostic, hardware free digital application that transforms smartphones/ smartwatches into a medical device, detecting and following-up on cardiac arrhythmias, with a main goal to prevent strokes. FibriCheck has been pioneering since 2014 and is today certified as a full medical device (class IIa) in Europe, the United States (FDA), Australia (TGA) and Middle East.

FibriCheck is super simple to use as users just need to download the app from the App Store or Google Play store with heart rhythm monitoring as simple as putting the finger on the camera of the smartphone for 60 seconds. A user gets immediate feedback, but can also request clinical support at any point in time. FibriCheck is prescribed by over 2500 physicians and has been used by over 600,000 people. 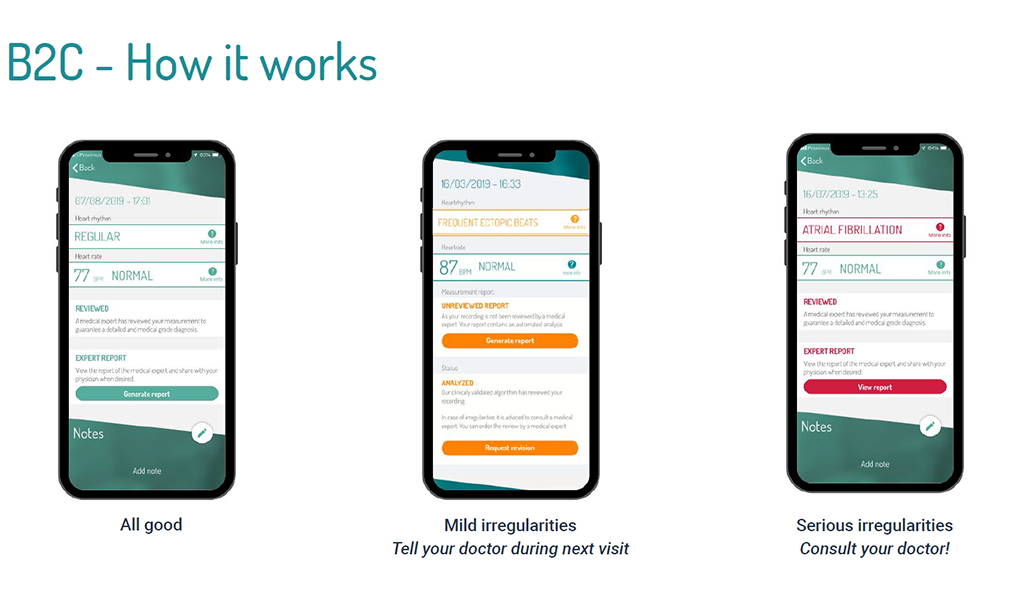 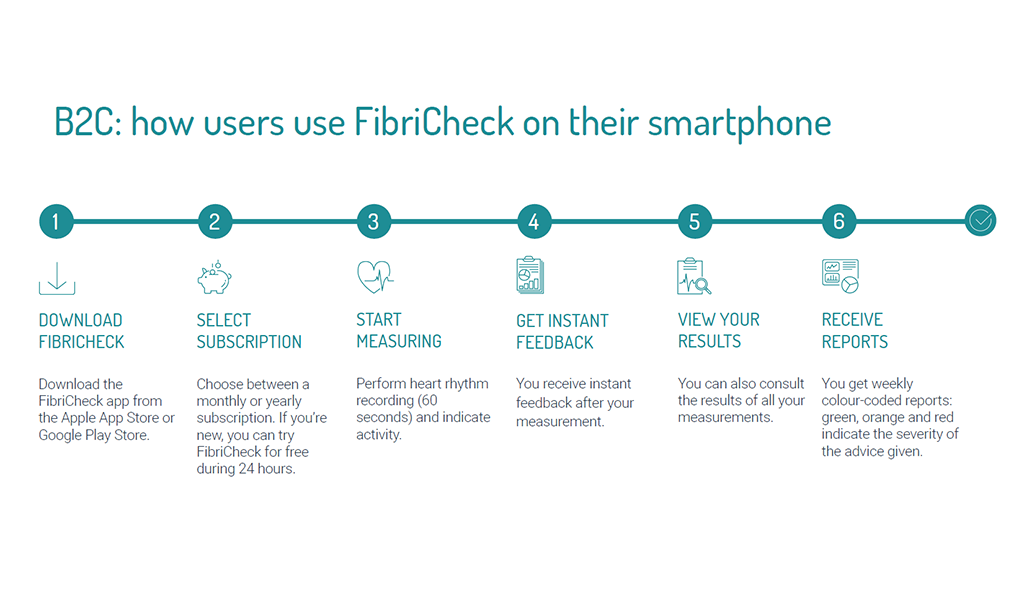 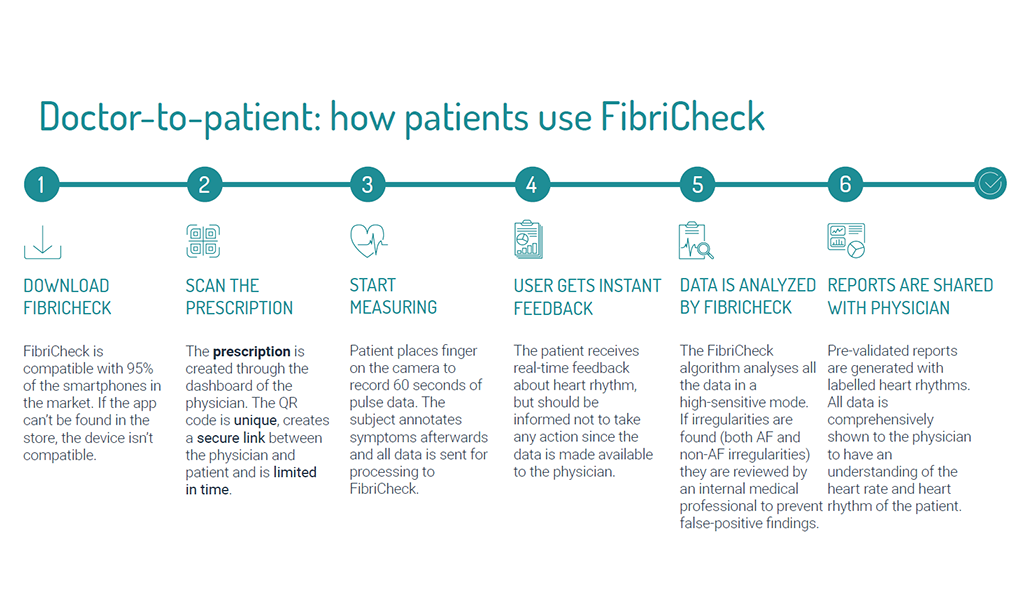