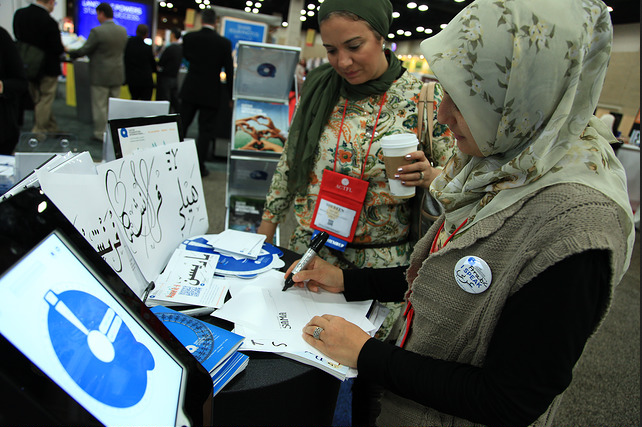 Madar Al-Huruf, “wheel of letters” in Arabic, was created and designed for Qatar Foundation International’s (QFI) Arabic language and Culture program. The wheel is a valuable, open and free language tool that introduces users to the Arabic alphabet. Anyone who is unfamiliar with the Arabic alphabet can write his/her name by matching English letters and sounds to their Arabic phonetic counterparts. The tool has been used to connect students all over the world with the Arabic language and demystify the intimidating characters to ease Arabic learning and communication. QFI has used the physical iteration of the wheel as an effective outreach and teaching tool, distributing over 13,000 copies to teachers, students, and others interested in teaching or learning Arabic across the US. Due to the success and demand of the physical Arabic wheel, QFI worked to adapt the design virtually into a free and global app.

The first iteration of Madar Al-Huruf was a physical wheel, created and designed by VCU Qatar graduate, Muneera Al-Badi, for QFI’s Arabic language and Arab Culture program. Al-Badi also developed a user guide and worked closely with US-based teachers of Arabic in Washington, DC, and Tucson, AZ to finalize the wheel’s design and a mini unit for use in the classroom, making the wheel a truly global and collaborative endeavor.

“When I thought about students learning Arabic, I felt that creating a tool to help them write their names would assist teachers in connecting them to the new language since a person’s name is his or her identity. I then began working on Madar Al-Huruf, with QFI’s support,” said Muneera Al-Badi, Madar Al-Huruf Designer. “It is my first design to be patented. As a Qatari, I’m proud to have designed an educational tool that helps spread my native language.”

Due to the success and demand of the physical Arabic wheel, QFI worked with Al-Badi and partnered with Qatar Computing Research Institute (QCRI), a nonprofit multidisciplinary computing research institute founded by the Qatar Foundation, and later with MindGrub, LLC, to adapt the design into an iOS and Android compatible application.Designed to accommodate both novice and expert users, the app now includes sound to hear the spoken letters so that beginners can hear and sound out the Arabic alphabet. Additionally, the app now allows the user to customize and share their name in Arabic as a digital sticker online through social media. 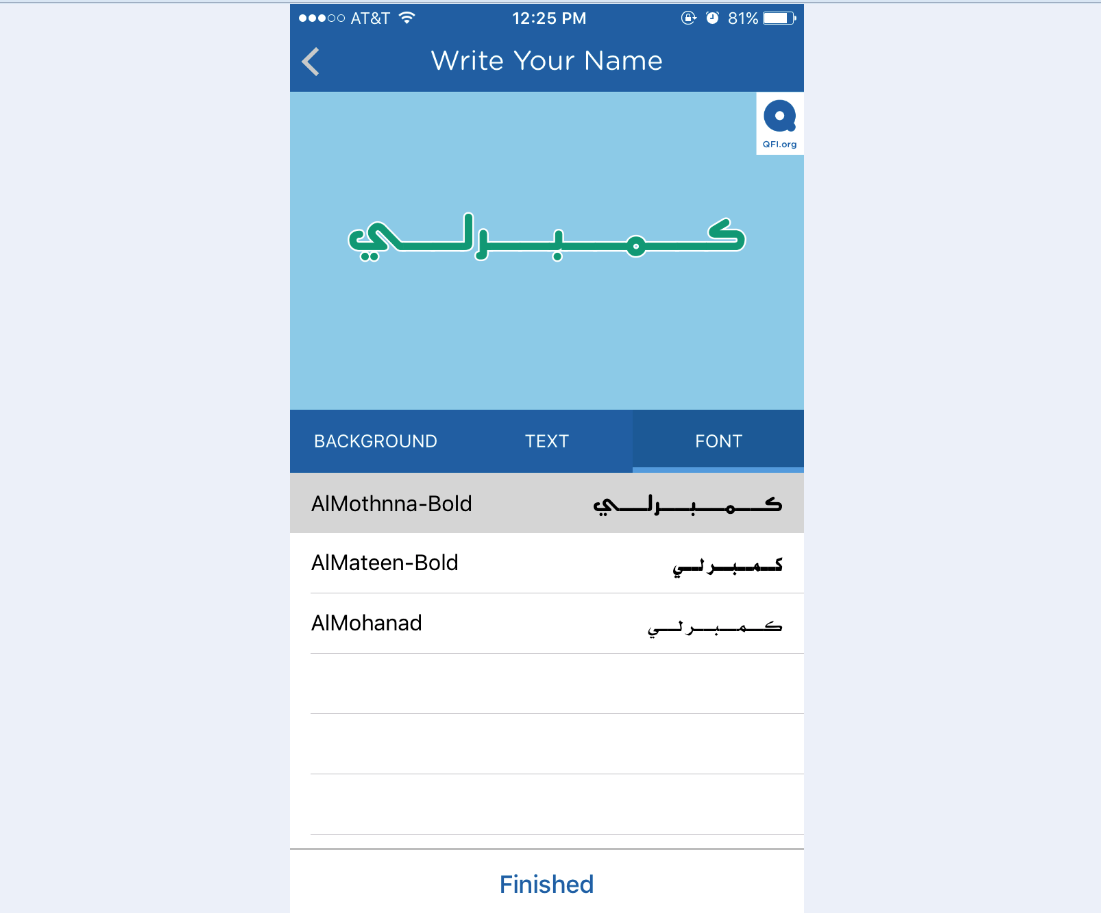